One small step for Marvel, one giant leap for Asian representation in American movies.

As an avid fan of the Marvel Cinematic Universe, I love a good superhero movie. Especially when it comes to tear jerking scenes, deep origin stories, and of course, hot-headed action, I'm always at the edge of my seat, wanting more. I only recently started posting more in my blog, in an effort record interesting moments in my life and learn how to write things based on intuition. This movie particularly, is an important milestone for Asian representation in Marvel films, which I find to be monumental in the pursuit of diversity and culture, which is part of the reason I'm writing a review for it in the first place. Without further ado, let's get started! 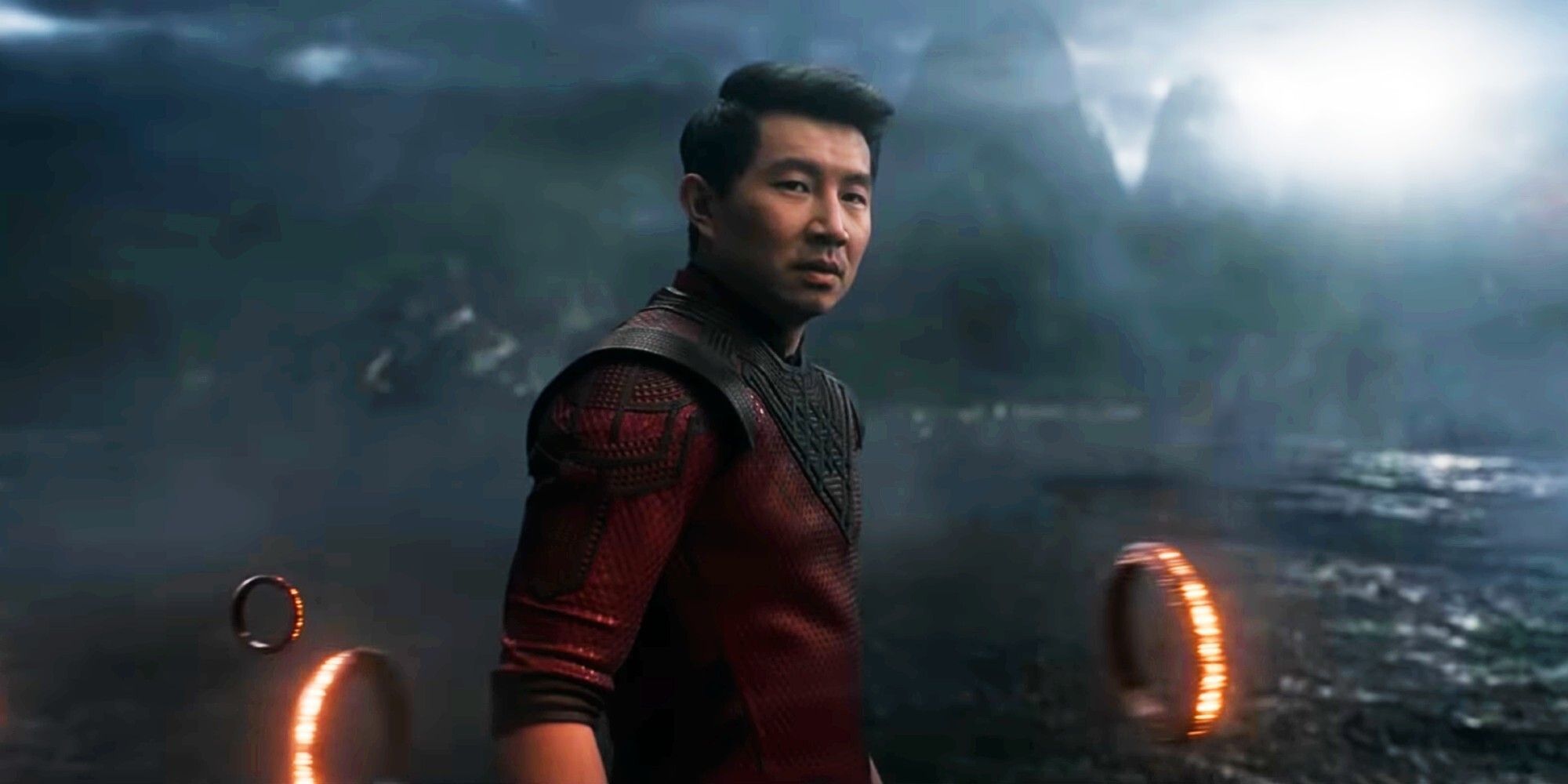 How this review is structured

I've never really written any reviews before, so I decided to borrow a guide off of a website which listed 8 important factors that make a movie "good". (link website later). I will be giving each factor a rating out of 10. Without further ado, let's get started!

WARNING: There will be a lot of spoilers.

Initially, I thought the plot was pretty generic, but that's just how it is for any Marvel origin story - the main character is living a normal life until a 1 dimensional bad guy comes out of nowhere with the goal of destroying Earth. Now, they have to use their newly gained skills to defeat the enemy. This doesn't seem familiar to you? Just to name a few - Doctor Strange, Captain America, Captain Marvel, Thor, Ant-Man; I think you get the point by now. It's not even their fault either, that's just how villains are, it's the easiest way to show a hero's journey - by defeating a bad guy who can pose a lot of damage if left unchecked. 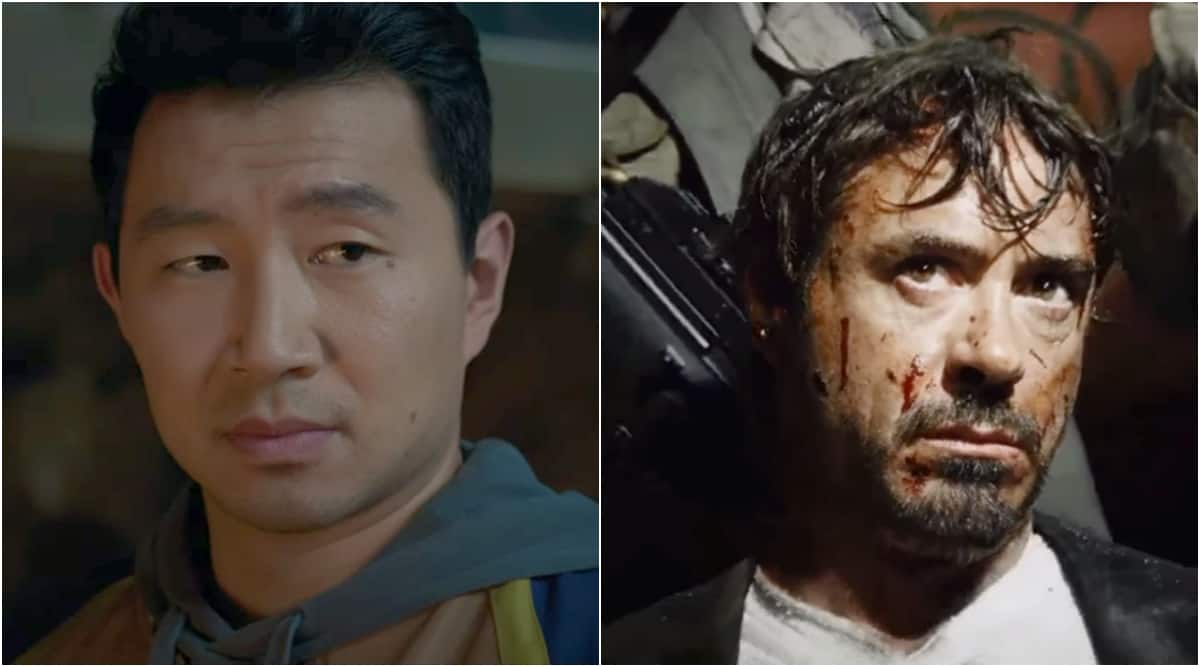 However as always, there are certain origin story movies that break the mold - Iron Man for instance. The main enemy wasn't Obadiah Stane, it was his company's ideals and how he fought to change his company and himself (his personality wasn't the best). In Black Panther, the main antagonist was Michael B. Jordan and his goal to rule Wakanda, which started due to a mistake T'Challa's father made, forced T'Challa to take lead and resolve his will for the throne.

In Shang Chi and the Ten Rings, the movie starts off by introducing Tony Leung, the dad. Using the mystical 10 rings, he conquered many lands and countries for 1000 years. How'd he live for so long, the rings, of course. Eventually, he discovered a woman who lived in a mysterious forest - where the two fell in love. Slowly but surely, he stopped his reckless behaviour in order to start a family, where they had Shang Chi and Xialing. For unknown reasons not revealed yet, Shang Chi's mother dies, and his father (the Mandarin) falls into grief for a long period of time. He trains Shang Chi to be plenty strong - being trained at a young age in martial arts, he learnt everything ranging from using weapons, to torture, and how to kill a man. At a certain point, Shang Chi is fed up with everything and leaves to America to live a normal life as a valet driver. 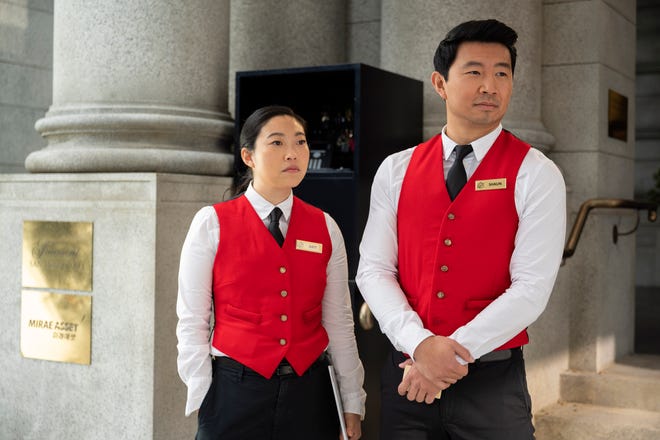 Eventually, he gets recalled back to China by his dad, where he reunites with his long lost sister, only to learn that their dad found a way to save their mother, who is supposedly locked up in the village she grew up in. Here, the obvious antagonist is the village, and they must rescue their mother. However, it's quickly pointed out that the father is being delusional and there is a larger enemy at play here. It turns out that there are soul sucking creatures trapped in a different dimension, and the village is preventing it from being opened. The dad was being influenced by those creatures because they can sense that the 10 rings are strong enough to break them out.

Although this part of the plot was textbook generic, the movie never focused too much on the soul sucking creatures the movie is mainly about rediscovering his identity. Similar to Guardians of the Galaxy where a out-of-place team rediscovers what it means to work together for a goal, Shang Chi learns to accept who he truly is, as his aunt tell him "You are a product of both your mother and father", which unlocks his true potential as he isn't trying to run away or hide anymore. This eventually sets up to Shang Chi taking possession of the rings the same way his mother did to his father on their first encounter in the forest, which brings it back full circle, meaning Shang Chi is using martial arts from both his mother and father, which in turn means he has rediscovered himself.

If this wasn't a movie that had a significant amount of Asian representation, I most likely would've waited for the cough cough digital version to be released on Disney+. I would have never gone to a theater during COVID times to risk my health and safety. In my opinion, although the trailer showed clips of the bus scene and him jumping to the other half of the bus, it certainly did not feel as cool as when Black Panther literally ran up the side of a BUILDING, latched onto the car, and jammed his vibranium protected hand into the car wheel. That was badass. 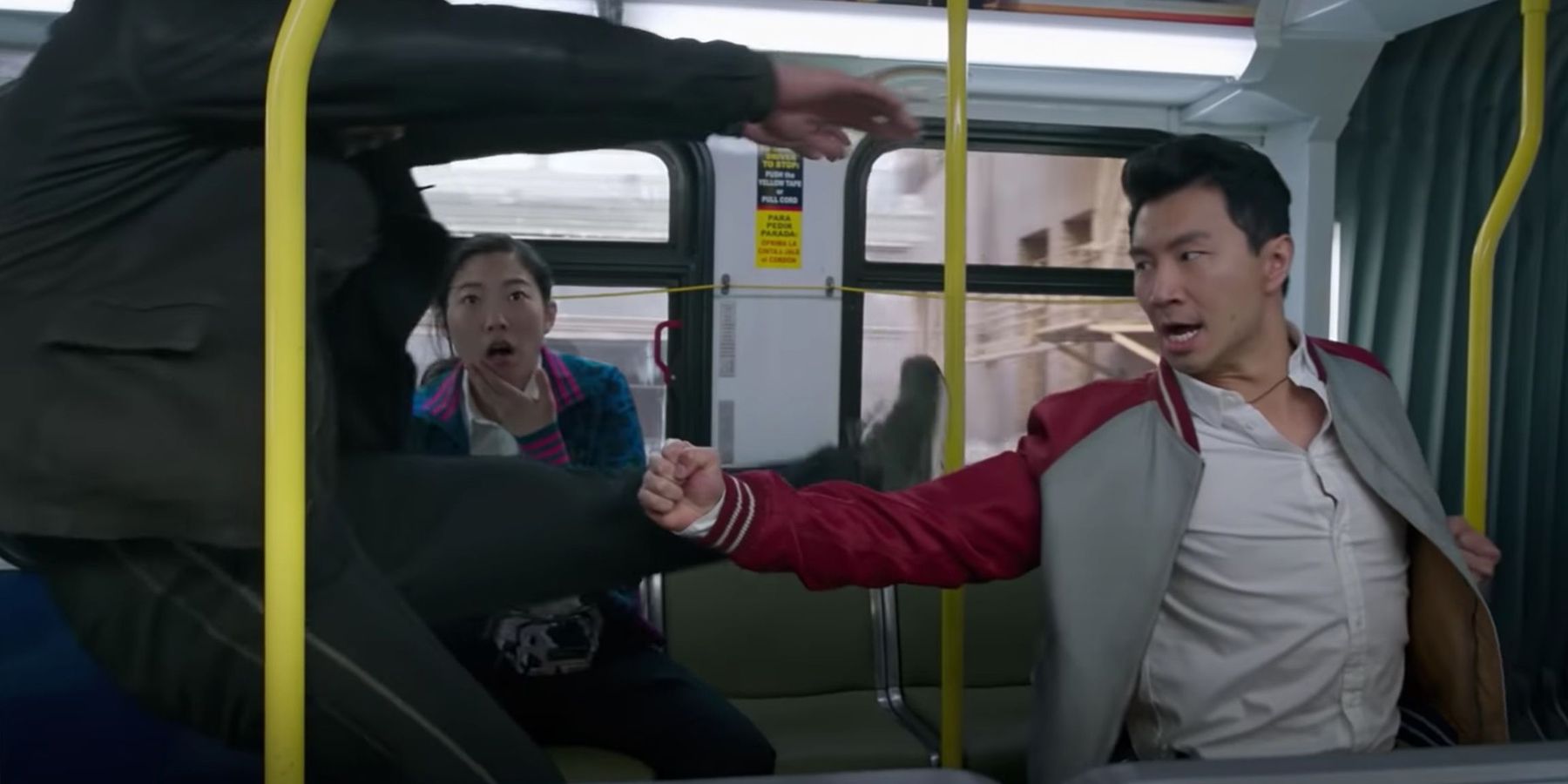 Although the bus scene in Shang Chi is definitely cool in its own aspect, it felt underwhelming due to past Marvel movies. Past Marvel heroes have literally folded planets and manipulated the fabric of reality, and here we have a man jumping to a bus. It doesn't feel as appealing and large scale because the stakes aren't as huge. Of course, once you watched the movie, you'll appreciate many other aspects!

Family. As Don Toretto says, it's a very important concept. Although this has been explored many times in movies such as Black Widow, Guardians of the Galaxy, and Thor, none of them felt as raw as Shang Chi. Especially in Chinese culture, family is considered to provide people with a sense of identity and a strong network of support. Mainly understood through Confucian thought, the role you played in the family, such as husband, wife, elder brother, younger sister, were all clearly defined. Although today the roles are not strict as they were back in the day, children are still expected to obey their parents and honour their elders (filial piety). For example, children who sent their elderly parents to a care facility are considered shameful, since they are supposed to care for them as they age.

In Shang Chi, the whole family is fragmented. The son and daughter escaped to America, while the father, who may seem like a cookie cutter bad guy, was only trying to put the pieces of their family back together - by reuniting everyone so they could live like they did in the past. This not only shows in Shang Chi's family, but also the village. When the village recognizes Shang Chi and Xialing, they treat each other as if they were all family.

The acting by the Mandarin and Leiko was phenomenal. The scenes where Leiko interacted with Xialing and Shang Chi really developed the familial bond, while the Mandarin established a divide in the family after Leiko died. Every actor did a great job, but I have a bone to pick with Shang Chi. 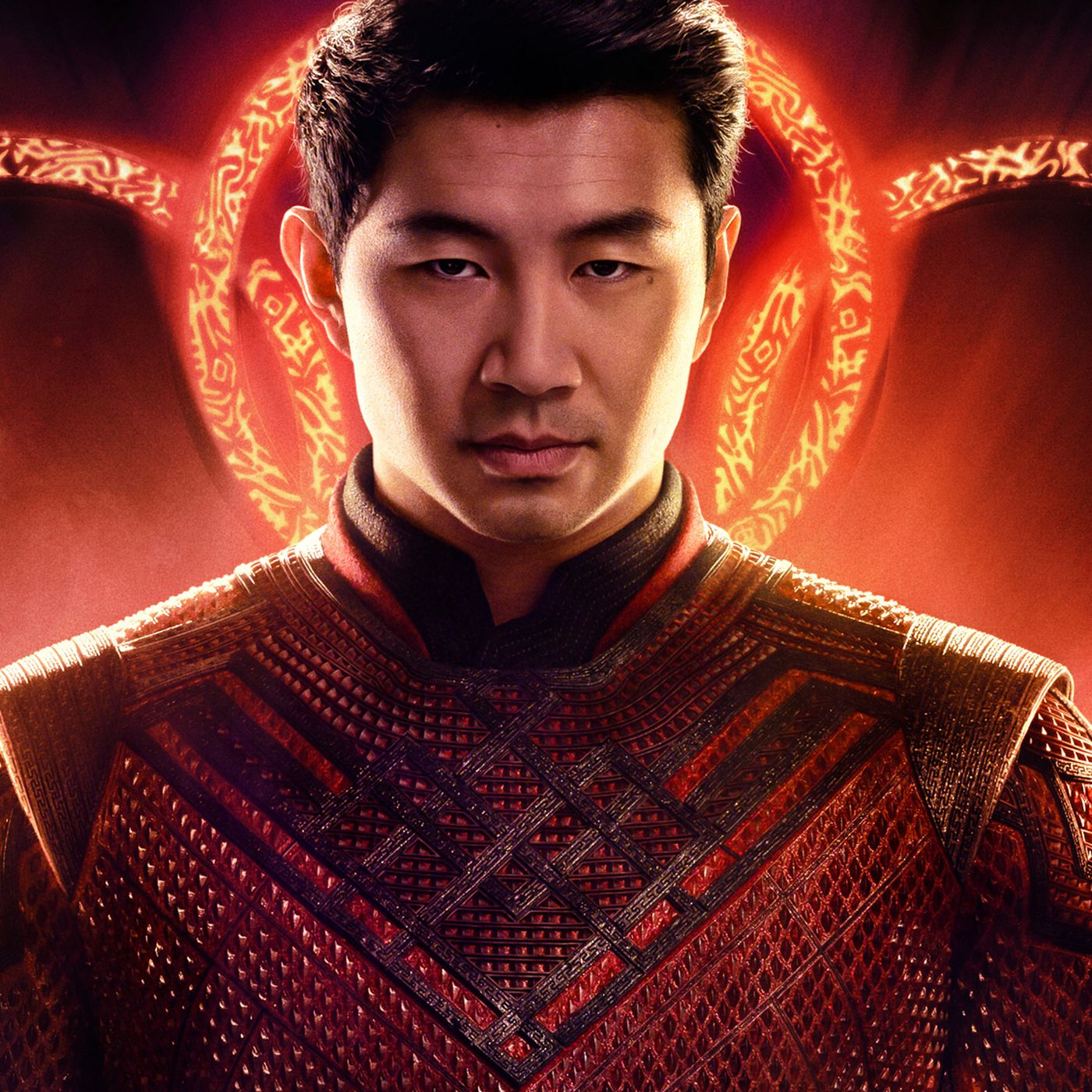 Take this photo of Shang Chi - it looks like he's trying to hold in a fart! Some scenes I just couldn't help laughing whenever he made that face. It might've just been the poster actually, because now that I think about it, his facial expressions weren't even that bad.

Let's get this out of the way. It may just be me getting old, but some of the jokes/remarks made by Katy were so cringe. Whenever there was a really tense situation like going to meet his sister for the first time in years, meeting his dad, or meeting the village, she would just talk and crack jokes that just felt completely out of context. I get that Marvel is trying to make funny scenes, but it just felt so awkward, I wanted to crawl in a hole. On the other hand, the fake Mandarin was great - I don't know how to explain it, but he made me (and most members of the audience) laugh. I also liked the subtle humour or whatever it's called, where the village elder originally didn't want Katy to fight because she wasn't ready, but when the soul eaters came, he completely disregarded his words earlier and said that she should fight. One thing I loved the most about the movie was the dialogue. Being someone immigrated to China when they were 1 year old, although I can't write or speak very well in mandarin, I can understand it pretty well (thanks Mom and Dad!). With Shang Chi being one of the first Marvel movies to have half chinese dialogue, I have to say it was really well done. I almost feel bad for those who can't understand mandarin, because so much good dialogue was lost in translation to subtitles. One of the best lines by the Mandarin - "小子，你对我说话尊重一点。我吃的盐比你吃的饭多" was translated to "Kid, show some respect when you talk to me. I've eaten more salt than you've eaten rice in your entire life." As pointed out by some people on Twitter, a more lyrical and poetic translation would've been "I have eaten more salt than you have eaten rice". Just to give some context, the Mandarin said this to Guangbo, a man in the village who seemed significantly older than him. This is because having lived 1000 years more than Guangbo, Guangbo should have respected him as an elder, not the other way around. 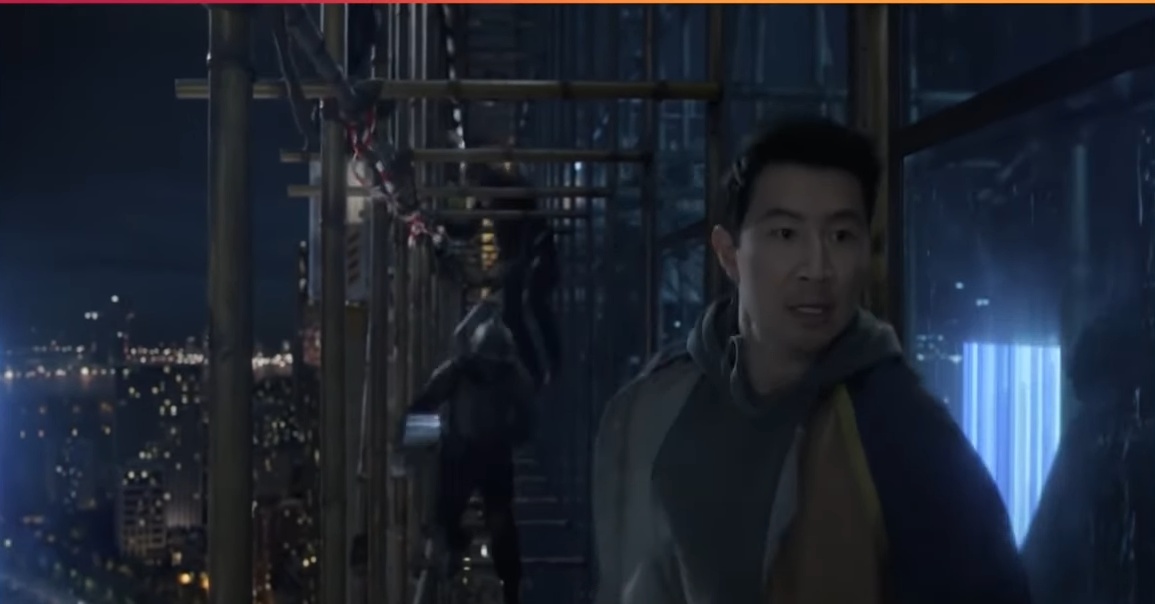 I'm no expert, but the camera work was awesome. The bamboo building scene in particular paid homage to a similar Rush hour scene starrring Jackie Chan. Another thing I loved was how many of the fight scenes were continuous shots. This shows how much work the actors put in practicing realistic fights and well planned choreography. 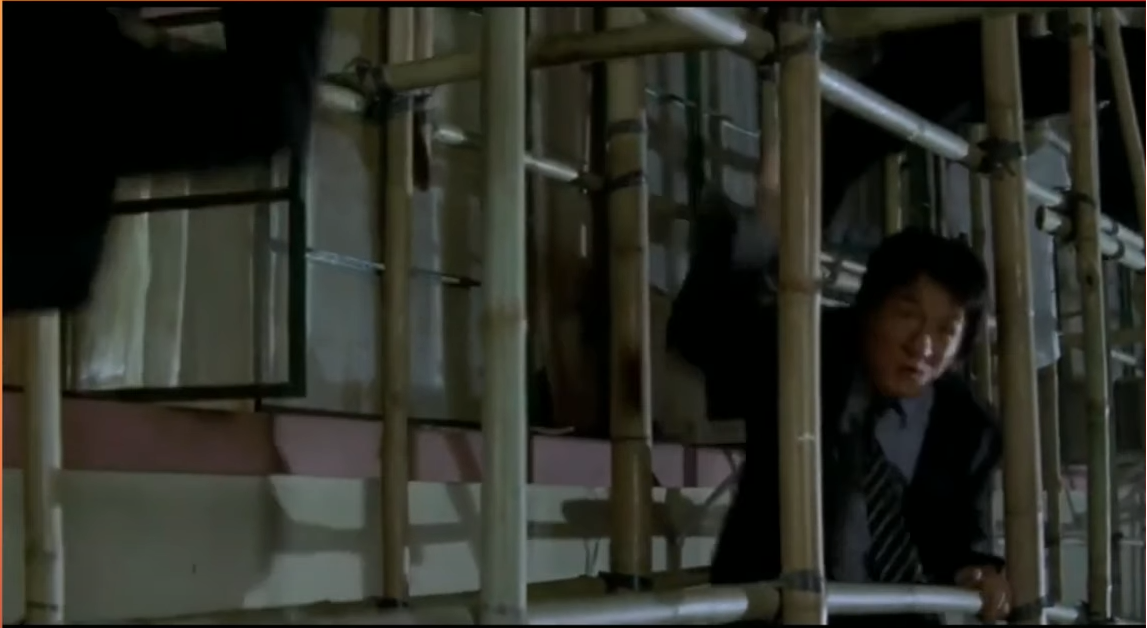 As usual, Marvel did a great job with the effects. I have to say though, they really outdid themselves with the rings. The way the Mandarin uses the rings, coupled by the way it vibrates, spins, and flies, it felt so cool. It's like the Iron Man suit, where you don't know what kind of fancy gadgets Tony Stark has incorporated in because of it's overwhelming utility and possibility. 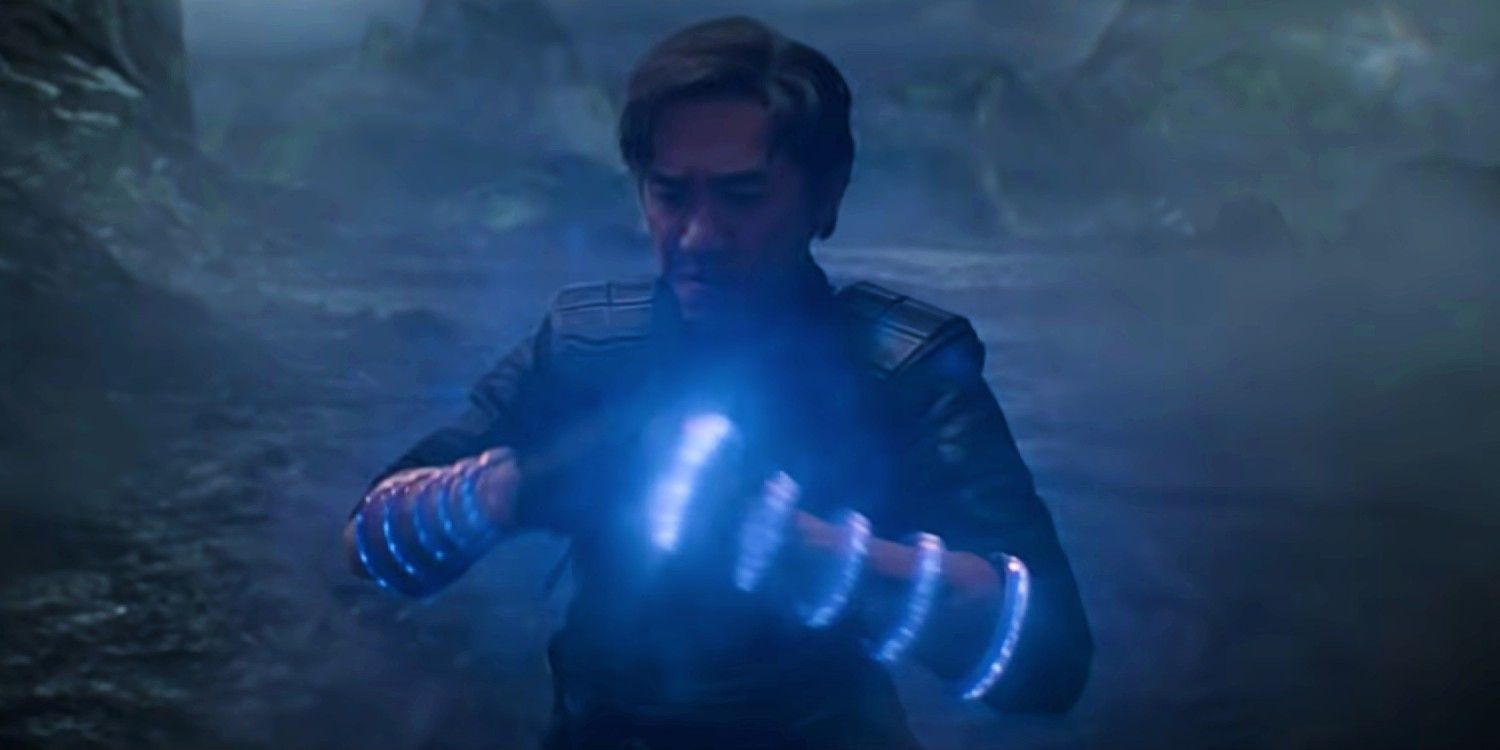 I'm not going to lie, the music slapped. Other than the Avengers main soundtrack, the rest are lost in the records of history. Excluding the Guardians of the Galaxy, of course, where James Gunn revitalized a lot of popular songs back in the day, no other Marvel movie has gotten this level of marketing for the soundtracks of its films. Being a big fan of 88rising, (a music label primarily for Asian American artists), I loved how close Marvel and 88rising worked in collaboration to make such bangers. So if you're ever interested in listening, here it is: